It was one of those days in Serie A. Oh, you know the sort: when the lunchtime kick-off features seven goals, two penalties, and a red card, but turns out not to be the most entertaining game of the afternoon. Next up on Sunday came a pair of three-goal comebacks plus a 4-0 away win for a Frosinone team that had only scored 12 times all season.

There was drama everywhere, from the Stadio Marcantonio Bentegodi – where Fiorentina blew a two-goal lead, then recovered to beat Chievo with 10 men – to the Tardini – where Spal ended an 11-game winless run after having trailed Parma 2-0 in the 70th minute. At the Renato Dall’Ara, following that drubbing by Frosinone, Pippo Inzaghi was expected to be sacked as Bologna manager.

Even Juventus’s win over Lazio required a late comeback. The champions were comprehensively outplayed at the Stadio Olimpico, failing to even attempt a shot before the interval – something that had never happened before in the 14 years that Opta have tracked such statistics. Only the game’s final act felt predictable, João Cancelo scoring an equaliser from Juve’s first dangerous attack before Cristiano Ronaldo won it with a penalty.

For sheer entertainment, however, Bergamo was the place to be, as Atalanta and Roma played out their second 3-3 draw of the season. Back in August, the Giallorossi recovered from two goals down to rescue a point at home. This time, the shoe would be on the other foot. With moments to go until half-time, Roma led 3-0. It was, admittedly, hard to understand quite how.

They had taken the lead in the third minute with a beautifully constructed goal, Aleksandar Kolarov picking out Nicolò Zaniolo with a cross from the left and the teenager chesting the ball down for Edin Dzeko, who swept it home. Thereafter they played on the counter. A sharp through-ball from Steven Nzonzi teed up Dzeko for his second, before Stephan el Shaarawy converted a Zaniolo cross to give Roma what looked like an unassailable advantage.

They had been ruthless: punishing some atrocious defending. But Roma were also fortunate not to have conceded several times themselves. Josip Ilicic fluffed a pair of golden opportunities at 0-1, both teed up by the irrepressible Papu Gómez.

No wonder Gian Piero Gasperini was reluctant to indulge journalistic narratives of a game of two halves. “The first period was good,” insisted the Atalanta manager at full-time. “We made lots of avoidable mistakes, let’s be clear. But we played with the right attitude, maybe even creating more opportunities than we did in the second. You won’t get a second half like that if you don’t build a bit of self-belief and awareness in the first.”

It helped that his team was able to pull a goal back before the interval. Gómez appeared to have been dispossessed in the 44th minute, but found a way to thread a pass between Nzonzi and Lorenzo Pellegrini even with one knee on the floor. He sprung to his feet, took a backheeled return ball from Ilicic, then hung a perfect cross to the far post for Timothy Castagne to head home.

Gómez picked up where he left off after the break, another fine delivery allowing Rafael Tolói to further reduce the arrears. And then Ilicic won a penalty.

Well, actually what happened first is that the Slovenian got booked for diving: the referee Gianpaolo Calvarese believing that he had taken a dive on his way into the area. That decision was corrected after a VAR review, replays showing that Kolarov had tripped Ilicic.

The stage was set for Duván Zapata: Atalanta’s man of the moment, the most prolific player in Europe’s top five leagues since the start of December and Ronaldo’s unlikely challenger for the title of Serie A capocannoniere. The fan favourite, possessed of the widest grin this side of Lake Garda. He had to score. And so, inevitably, he didn’t, pelting his spot-kick way over the bar.

With hindsight, it seems obvious. A game this entertaining could not be defined by something so mundane as a penalty. Instead, we got a redemption story inside 45 seconds. Roma’s goal-kick went long, Atalanta countered and Zapata beat Robin Olsen at his near post.

That was the striker’s 15th goal in nine games across all competitions, or his 14th in eight if we restrict our focus to Serie A. His transformation over the past two months is a testament to Gasperini, who has helped him to get into the best physical shape of his career but also has tweaked the team’s tactical approach to make the most of his talent.

Where other coaches have asked Zapata to play with his back to goal – observing his tall, muscular frame and perceiving him as an old-fashioned targetman who can hold the ball up and bring others into play – Gasperini recognised that the player is more effective facing the other way. The Colombian has always been an explosive runner and able dribbler, but only now, at 27 years old, is consistently getting the opportunity to show it.

Although Zapata is notionally the lone striker in Gasperini’s 3-4-2-1, he often drifts left, with Ilicic moving right and Gómez operating in a free role behind. Between them, they have made Atalanta the most prolific team in Serie A, outpacing even Juventus with 47 goals through 21 games. 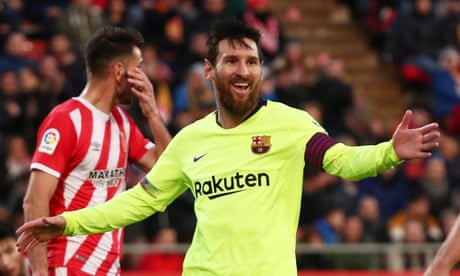 The picture is a little less rosy at the other end of the pitch, as Gasperini would be the first to admit. A match report in the local newspaper, L’Eco Di Bergamo, put things neatly when it described “an attack on fire, but a defence that cannot stop taking on water”.

Still, it isn’t half fun to watch. And the results are nothing to be sniffed out. Atalanta, with a wage bill roughly one quarter the size that of Roma, sit just three points outside the Champions League places. They are one of only two teams to have taken points off Juventus this season, and host the Bianconeriin a Coppa Italia quarter-final on Wednesday.

Gasperini likened that prospect to taking on a team of extra-terrestrials. Still, Atalanta have shown us once already that it is possible to bring them down to earth.

• Entertaining games all over the peninsula … except where the two Milan clubs are involved. At least the Rossoneri got a point out of their game at home to Napoli – as well as an encouraging cameo from new signing Krzysztof Piatek. Inter, after losing to Torino, will be fearing a repeat of last season’s catastrophic winter run.

• What’s eating Lorenzo Insigne? Almost three months without a goal, and a return to his old position on the left wing does not seem to have shaken him out of the rut.

• Zapata and Ronaldo both scored this weekend, but Fabio Quagliarella pulled ahead of them in the scoring charts with his brace against Udinese. That’s 11 consecutive Serie A games with a goal, now, equalling Gabriel Batistuta’s record.